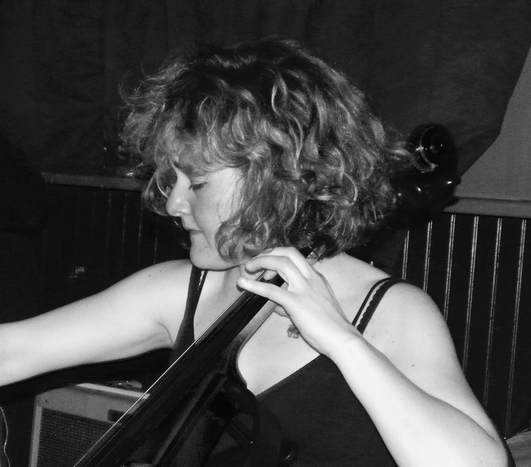 Rebecca Thornblade, a grand prize winner of the Fischoff National Chamber Music Competition and the Chamber Music Yellow Springs Competition, has had an active and versatile career as a chamber music and orchestral cellist. Ms. Thornblade has played with many ensembles throughout the country which include the award-winning Fry Street and Avalon quartets and as principal cellist of the New World Symphony in Miami and the Civic Orchestra of Chicago.
Rebecca has worked with many renowned quartets such as the Vermeer, Juilliard, Orion, Takacs and members of the Cleveland and Emerson Quartets. She was featured on WGBH’s “Classical Performances” with pianist Gilbert Kalish and has collaborated with flutist Carol Wincenc and pianist Randall Hodgkinson.
Rebecca is currently a member of the Rhode Island Philharmonic Orchestra and has performed with Opera Boston, Odyssey Opera, the Chamber Orchestra of Boston, the Boston Modern Orchestra Project and Cantata Singers. She has appeared as a chamber musician with Lyrica Boston, the Suzuki School of Newton’s Artist Concert Series, the New Gallery Concert Series, The Radius Ensemble, The Firebird Ensemble and the Worcester Chamber Music Society. In addition to her private teaching studio, she is on the Music Performance Faculty in cello at Wellesley College and on the music faculty of Point Counterpoint in Vermont.   She received her Bachelor’s in Music from the Oberlin Conservatory as a student of Norman Fischer and Peter Rejto and her Master’s in Music from the Juilliard School with Joel Krosnick. ​