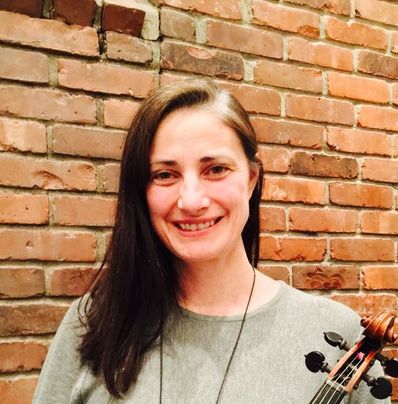 Nicola Payne, co-founder of the Thoreau Way Ensemble, is a resident of Sudbury, Massachusetts, and an active performer and teacher in the Boston area. She has played throughout the United States and Spain, and has toured to South America, Europe, and Israel.  She earned a Bachelor of Music from the Eastman School of Music, and a Master of Music from the Jacobs School of Music, Indiana University.  Her teachers include Mauricio Fuks, Lynn Blakeslee, Marylou Speaker Churchill, and Daniel Stepner.

Nicki is currently a member of the Orchestra of Indian Hill, and has been Principal Second of the Peter Britt Festival Orchestra in Jacksonville, Oregon since 2003.  Nicki also performs with the Rhode Island Philharmonic, the Lexington Symphony, the Newburyport Chorale Society, and the Rhode Island Civic Chorale Orchestra and has performed with Chamber Orchestra Boston and Plymouth Philharmonic.

Nicki has also performed with the Kansas City Symphony, Kansas City Chamber Orchestra, Evansville Philharmonic, Spoleto Music Festival, and the Solti Orchestral Project at Carnegie Hall.  Nicki has performed as violinist in over a dozen operas, including the entire Ring Cycle of Richard Wagner.  She has participated in numerous recording projects of both the New World Symphony and Orquesta Sinfonica de Tenerife.

Nicki is also a sought after instructor of violin and viola.  In 2012, with double bassist husband Robb Aistrup, Nicki launched Sudbury String Studio, which provides private instruction in violin, viola, cello, and double bass to students from Sudbury and surrounding towns.  Nicki has been on the faculty of Indian Hill Music School, also substitute teaching at the Rivers School in Weston.  She was a Professor of Violin in the Academia de la Orquesta Sinfonica de Tenerife and an Assistant Instructor of Violin at Indiana University.

Nicki cherishes spending time with her triplet 14-year-old boys, and husband of 20 years Robb Aistrup.  She loves jogging and skiing, and driving across the country.  She also enjoy writing and has published several articles in String Magazine.